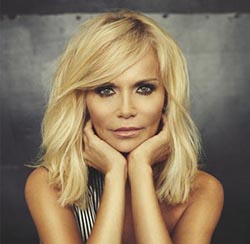 
One of the biggest Broadway stars by any measure, Tony and Emmy-Winner Kristin Chenoweth makes her Staller Center debut in a one-night only performance.

Armed with her soaring voice, effervescence, and captivating stage presence, Kristin Chenoweth has been enrapturing audiences around the world since her Broadway debut in 1997. Winning the Tony Award for Best Supporting Actress in 1999 for her star turn as Sally in You’re A Good Man, Charlie Brown, Chenoweth was catapulted into stardom when she originated Glinda in the mega-hit Wicked, earning her second Tony nomination. With a litany of other theatrical accolades, Chenoweth has celebrated her storied stage career in two sell-out solo engagements on Broadway, My Love Letter to Broadway (2016) and For The Girls (2019).

Watch Video Here.
Known beyond Broadway for her extensive film and television career, she earned an Emmy Award for her role as Olive Snook on the cult hit Pushing Daisies. Racking up additional Emmy nominations for her role on Glee, she has earned accolades for her roles on The West Wing, Trial and Error, and currently AppleTV’s Shmigadoon. Her film credits have seen starring roles in hit films like Four Christmases, You Again, and The Boy Next Door; Chenoweth received a star on the Hollywood Walk of Fame in 2015.

With a varied discography, Chenoweth’s 8 chart-topping albums have seen her take on showtune classics, provide whimsy in holiday music, upheave Jazz standards, and collaborate with some of the greatest women working in music today.

Now, Kristin Chenoweth combines that expansive set of talents with her vivacious presence to bring an unforgettable night of music, grounded by her warmth and wit and surpassing the rafters with one of the most versatile and capable voices performing today.