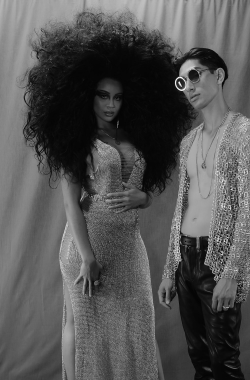 
New York-bred with a concoction of funk, soul, and their own sonic magic, Lion Babe’s unique sound has defied genre. Multidisciplinary Artist Jillian Hervey and DJ and producer Lucas Goodman (aka AstroRaw) deliver magnetic, unique performances that have allowed them to wow audiences at Coachella’s mainstage to intimate parties in the New York Fashion scene.

Hervey, daughter of singer and actress Vanessa Williams, has blazed her own trail along with Goodman, with original songs like “Wonder Woman” produced by Pharrell Williams, and “Hit the Ceiling” which was featured on HBO’s hit show “Insecure,” as well as covers of classics like “Get into the Party Life” by Little Beaver and Carly Simon‘s “Why.” This has all led up to their new album “cosmic wind” featuring pre – released records “the wave” featuring leikeli47 and their newest single “western world” featuring Wu-tang clan‘s own “Raekwon.