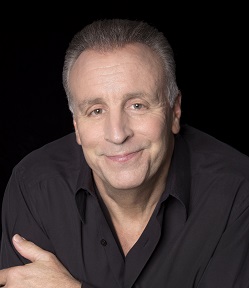 He’s the man who fills your Facebook Feed every time a blizzard comes your way and you remember- you gotta get the bread and milk!

Performing for over four decades, stand-up comedian, Internet personality, and actor Vic DiBitetto has established himself as “The Donkey of Comedy”, doling out wildly irreverent takes on the world around him. Born in Brooklyn in the 1960s, DiBitetto’s signature stand up makes an evening with him feel like an evening with your favorite cousin.

With millions of followers online, his incredibly popular social media channels have amassed over 1 Billion views worldwide, featuring the famous Bread and Milk bit, his “Who Wants Coffee?” videos, and the Ticked Off Vic series. Notably, he is now a regular cast member of the Amazon Prime TV show Gravesend co -starring with Chazz Palminteri, William Forsythe, and Vincent Pastore.  Vic has a new album out called Ticked Off Vic currently playing on SiriusXM comedy channels