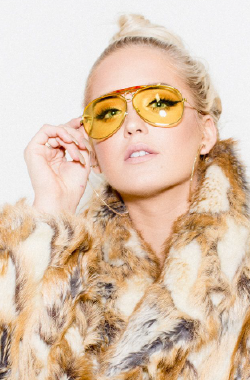 
Macy Kate’s soulful, sweet, and smoky voice launched her to fame at 16, when she appeared on ABC’s Rising Star. Her sultry, buttery sound packs so much power that Flo Rida signed her to IMG Records and brought her on his worldwide G.D.F.R. tour, ending in Wembley Stadium for the Summertime Ball. With millions of streams on Spotify, Kate’s second record deal with famed Empire Records led to the development of her first E.P., Cry for Help. The title track, which alone has racked up over 6 million streams on Spotify and over a million views on YouTube, has led to a flurry of viral activity on TikTok.

A true, bonafide star in the making, Kate’s powerhouse voice coupled with her confessional, self-effacing lyrics make for the perfect combination of down-to-earth and out-of-this-stratosphere.