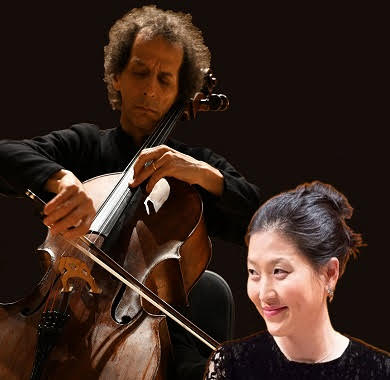 
Program to include Beethoven’s Sonata no. 3 in A major op 69 and Rachmaninov’s Sonata op 19.

Come and immerse yourself in musical imagination and ingenuity as Colin Carr, virtuous cellist and artist-in-residence, joins forces with rising star Kyungwah Chu to bring masterworks of the cello and piano repertoire to the Staller Center.

Written around the same time as his epic Fifth and Sixth Symphonies, the Beethoven Cello and Piano Sonata no. 3 is one of his most popular and innovative works for the medium, and is the first time he achieved a true equality between the two instruments. Rachmaninoff also regarded the role of the piano to be equal to the cello in his Sonata op. 19, an amazing work that has the distinction of being the composer's last chamber music work.

Ticket revenue from this concert will be used to benefit cello students in the Department of Music at Stony Brook.