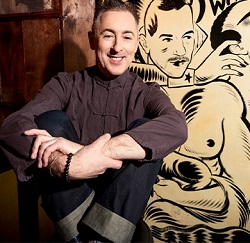 "…He is an icon to behold – he is unapologetically himself, and with a talent like that, he has no need to apologize." – Billboard.

Perhaps best known for his role as Eli Gold on The Good Wife - for which he received multiple Golden Globe, Emmy, and SAG award nominations – Alan has also written several books, including a #1 New York Times best-selling memoir. He has sung in concert halls across the globe, including the Sydney Opera House, the London Palladium, the Hollywood Bowl, and Carnegie Hall.